[Note: Morals and Integrity -This article was sent out in my newsletter this week. As the heading below states, this is not a “feel good” article. I realize that most of you reading this article are not like the characters in this article, but I am sure you know some who are or have witnessed incidents closely resembling the scenes in this article. If you missed my article “Comparison Rome versus United States” please take a few moments to read it. For me it was a real “eye opener”. There are some scary similarities (at least they seemed that way to me). We, as a society, really need to take a good look at our attitudes and make adjustments. If we do not, I am afraid things will not go well for us.]

Warning! This is not a “feel good” article!

However, it is an article that has been on my mind for a while and needs to be said. Some folks will probably get angry with me, some may “unfriend” me, and others may have a few “choice” words for me. That is okay. As a warrant officer you develop a thick skin, so wail away. My hope is that folks will at least consider what I have to say and pause to reflect on this topic.

The world we live in is full of chaos. The news, even as slanted as it is, shows kids killing kids, police being killed and killing others. Nations are fighting against other nations. Why are they fighting? It is not for protection. Mostly it is just greed – or fear. They are afraid some one will get something before they can.

What is going on in the world?

What is going on in the world? In my opinion, the world has no morales or next to none. The other item missing is integrity. For those who may not be sure what these two words mean, or need a refresher, I will provide the definition.

Morales: “A person’s standards of behavior or beliefs concerning what is and is not acceptable for them to do.”

Integrity: “The quality of being honest and having strong moral principles; moral uprightness.”

[Note: Definitions are from Dictionary.com.]

My definition of integrity is “doing the right thing even when no one else is watching.”

Society has become too lax and soft and “feel good.” The only one anyone cares about is themselves. “What’s in it for me?” Every one’s focus is on themselves, they do not even consider the thoughts or feeling of anyone else.

Consequently, someone gets their feelings hurt and then takes it out on someone else. Everyone is so wrapped up in their own “feelings” they cannot or do not consider the feelings of others. Sometimes, not even those of their own family members.

They do not consider the frail lady with stringy hair, and wire-rimmed glasses standing in front of them in the check-out line with five packages of Ramen noodles who just lost her job. The restaurant she worked at closed its doors because the economy was tanking. The five packages of Raman noodles are her supper for the next week. She is praying by then her unemployment will start and she will be able to find another job soon.

The two college kids behind her are talking loud enough she can plainly her them talking about her looks, her clothes, and the “drinking food” she is buying. They call it, “drinking food” because the reason they buy Ramen noodles is to eat after an all-night binge fest. All of this is taking place as they push their cart full of booze and snacks.

Meanwhile, the lady in front of them cringes every time they make some cruel comment about her. She already feels like a failure – she lost her job, she has no money, she is eking by with her rent, her electric is in danger of being shut off because she is almost two months behind.

Her feelings of self-worth are already beyond low. To have these kids making fun of her as they spend five times what she is spending for her weeks’ worth of food on booze is just too much for her.

Her cheeks are burning with embarrassment as she counts out the coins for her groceries. Another lewd comment eludes her hearing, but their rolling laughter at her does not.

She grabs her bag and heads out of the store and away from her tormentors. As she walks outside to start her long walk home a car almost clips her. The car darts into a parking place in front of her, pulling in before the other car could make pull into the parking place.

The middle-aged man from the second car pulls out a gun and begins shooting the driver who cut him off. Within seconds four people are killed, and five more are wounded including a four-year old girl. Beside one of the victims lies a bag with five packages of Ramen noodles.

The two college kids walk out of the store and are pissed because their car was damaged during the shooting. They now must wait for the police to arrive, so they can file a claim. The reason they are mad? Now, they will miss the ballgame they were going to watch as they drank their booze and snacked on chips.

The attitude portrayed by these two college kids seems to be the attitude of the world. The fact that a little girl has been shot and may die or that four others are dead, and four more wounded does not bother them. The fact that the lady in front of them is barely eking out an existence never even crossed their mind. The only thing that “touched” them was the fact they were going to be held up waiting on the police and first-responders to “clean-up” the scene so they could get back to their dorm room and watch a ballgame.

The driver who cut-off the other driver was pissed because his mom made him go to the store and get a couple of items she needed to make supper. His nonchalant attitude came from society telling him he did not have to do anything he did not feel like doing. That he was entitled to everything he got, and more. What right did his mom have to make him do anything? He was in the middle of a crucial segment of the latest video game. His mom should have grabbed what she needed to fix his dinner on her way home from work.

The driver who started shooting just had a big fight with his wife over his “girlfriend.” His wife threatened to take everything he had if he did not get rid of the cheap floozy. The kid with the attitude was his last straw. How dare that young punk cut him off – and flipped him off too? No way was he going to let him get away with that. He had had enough for one night. He would show him!

Now the lives of thirteen people (five dead, four wounded, 2 college kids, 1 wife, 1 girlfriend) were changed – some forever. All because of the lack of morals and integrity.

Can we “fix” everything wrong with the world? No, probably not, but we can sure make a great start by instilling morals and integrity back into the lives of people. Morals, integrity and a bit less selfishness. 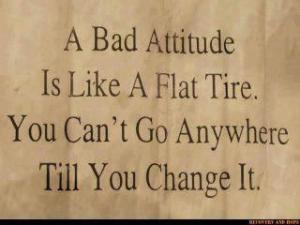 Let us revisit our story, but this time add morals and integrity back into the lives of our “key” players.

The lady with the Ramen noodles? The story does not suggest she lacked either morals or integrity. She might be lacking in self-confidence. However, she was only trying to get by on what resources she had available to her.

The two college kids. To start with, people who constantly put other people down usually have a low opinion of themselves. In my day we called them bullies. They made themselves “feel good” by putting other down or picking on others not able to defend themselves. By changing their attitude about themselves, they would not need to put down other less fortunate than themselves. To be fair, they likely would not ever know about the young lady’s plight. If they had, there may not have been much they could do to help alleviate her troubles. Although they would not have caused the lady anguish either.

Their attitude outside should not have been. This is associated with the morals and integrity issue. Instead of being “mad” about the carnage – they could have helped those who were wounded – including the little girl. Thinking of others instead of ourselves helps to make the world a better place to live. If we all would do that, we would not have to “think about ourselves”, everyone would be thinking about each other.

Morales and integrity can go a long way in helping to right a lot that is wrong in our world today. If the key players from this story had morals and integrity five people would still be alive. A little girl and four others would be going home or to visit grandma and grandpa – and not the hospital. And one would not be going to jail for murder.

No one is “perfect”, at least no one on our planet now. But we do not have to be “perfect” to do the “right thing”. I have made my share of mistakes, perhaps more than my share. However, this is why I also know this is what we all should do to help get our world “back on track.”

If we continue on our current path – there can only be one conclusive outcome – complete destruction. The parallels between Rome and the United States are uncanny. We all know it did not end well for the Romans. I am quite sure it will not end well for us either.

When I entered the service, I swore to “…support and defend the Constitution of the United States against all enemies, foreign and domestic…”. I have not been relieved of that mission. We have become our own worse enemy. If we fail to reestablish morals and integrity back into our society, I fear it is not going to end well for any of us.

What can we do to “fix things”?

Let us start with ourselves. Begin by doing small things. If you see litter on the ground – pick it up. No one should have to ask us – it is the right thing to do. If someone is in trouble or in need – help them when you are able. Everyone needs some help every now and then, and someone is always able to help another person in need. We just have to want to help them.

If each of us would take the time to do “the right thing” and consider others first, before our self, our world will be a much better place to live. Instilling morals and integrity back into our society will be a great first step.