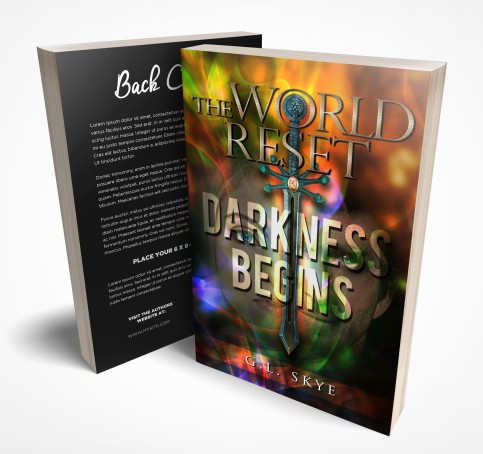 The World is Reset!

The New World is full of magic and wonder, but not all magic works for good. An unspeakable evil seeks to devour all that is good in the world.

Humanity has recovered from a catastrophic disaster referred to as The Event – the shifting of the magnetic poles. An event, historians say has happened many times before, but not in the memory of any alive now.

A long time ago, before The Event occurred, a wise warrior-priest created a group – The Order of the Phoenix. Those of the Order are called Guardians. The Guardians are a group of volunteers, chosen to help humanity recover from the ashes of the “Old World”. For centuries, they have fought for humanity and helped to rebuild the Earth.

Information has been stolen by a traitor. If the traitor reaches his destination war will once again run rampant. What they do not know; something much more sinister lies in wait. Something that threatens the world, and all they hold dear.

The sister of an old friend has asked Sagus “Sage” Mariner, a Guardian turned farmer, to help stop a fiendish plot. The plot runs deeper than they know. They soon learn that other forces are at work. Forces that are hell-bent on destroying the world.

The year is 2215. It has been over 200 years since the Earth was “reset.” After the Earth’s magnetic poles shifted, the earth returned to a Pangea state, and the continents are once more, almost a single landmass. The Earth’s tilt is at 12°. There is no more ice at the poles, and the entire landmass receives almost equal amounts of sunlight. The tilt has also increased severe weather, since the oceans have become warmer. Life on Earth is as changed as the weather. The world has reverted back to the kingdoms of yore.

Old borders are gone as if they never were. New borders have been established. The “Old World Powers” have crumpled, and new alliances are reforged.

Follow our heroes as they learn everything is not as they expected. The situation in which they find themselves is much more evil than they could have imagined. If they fail, will the World survive?

Download The World-Reset Cheat Sheet for a”behind the scenes” glimpse about the Guardians.

To download the Word document, click on the link, then select the link “World_Reset_ Cheat Sheet” below “By Guy Posted August 14, 2018″